Now its down to finessing and tweaking. I added a lot of details in texture like wear and leather cracks, but more noticeably was adjusting the color and contrast of the textures to match the stock armor. On the left is the Default character armor on the right mine 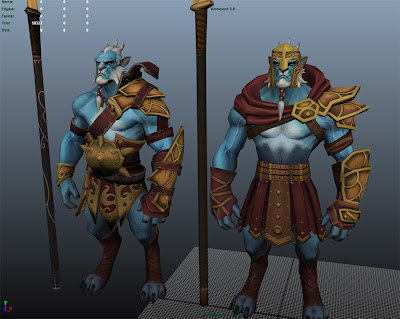 Obviously left and right swapped for the back side. I will say getting the colors right was a bear. Partly b/c I started out w/o a reference and was just editing the colors to match from texture to texture THEN I used the reference character. I assume that they original armor has been tweaked contrast wise to get it to show up in game, I'll do my own in game tests next. 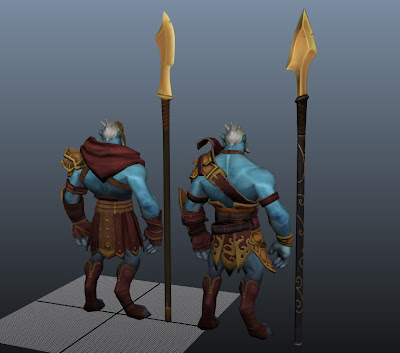