PolyCount DOTA2: Submitted but not finished

So the criticism I'm getting on the steam workshop right off the bat, is the lance is too similar to the original. I agree and felt that yes the whole kit is conservative but I feel that the idea I had for the character was conservative. I don't really want to edit this set so much to make it "differenter", however I agree the guys saying the lance specifically might need tweaking. What if I didn't even re-UV too much but just stretched it like this? I think its kinda cool. 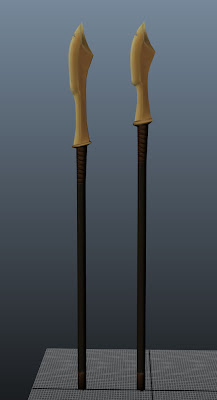