Not Gonna Do It

I'm just going to make you tube vids. Not going to post here and there b/c its redundant. If you like'a dah posts, subscribe to my youtube channel. I'm getting ready to make some more tutorials for Maya LT and Unreal along with my dev diaries.
- February 05, 2019
Email ThisBlogThis!Share to TwitterShare to FacebookShare to Pinterest

I'm pretty happy with how this turned out. Water material for a low poly style.

- August 12, 2018
Email ThisBlogThis!Share to TwitterShare to FacebookShare to Pinterest

For my game, I finally get to work on the FX. One of the powers is a sort of Mei ice wall. Not as much utility, just a blocker, at least for now.

It has to pop up fast, so very little anticipation. I'm happier with the spawning than the de-spawning. For that, I'm thinking of making a ground crack decal fade out over the footprint... something.

The ice debris is also supposed to have some collision with the ground (most does fall through) but for whatever reason when spawned from the BP it doesn't... not an issue I going to track down yet, just a note.

Animation wise, I think its not as crisp as it needs to be. Its a little mushy, vs snap and poppy. This is probably 60% "there", and the last 10% is always the hardest.
- July 27, 2018
Email ThisBlogThis!Share to TwitterShare to FacebookShare to Pinterest 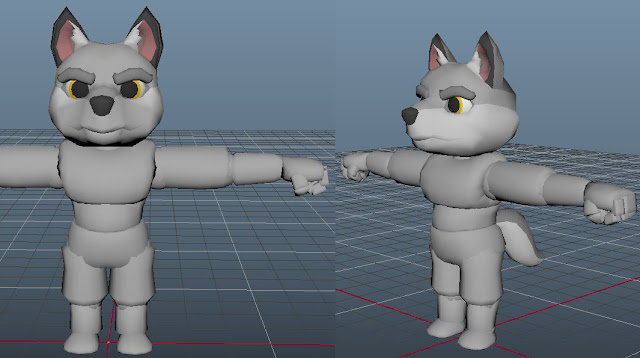 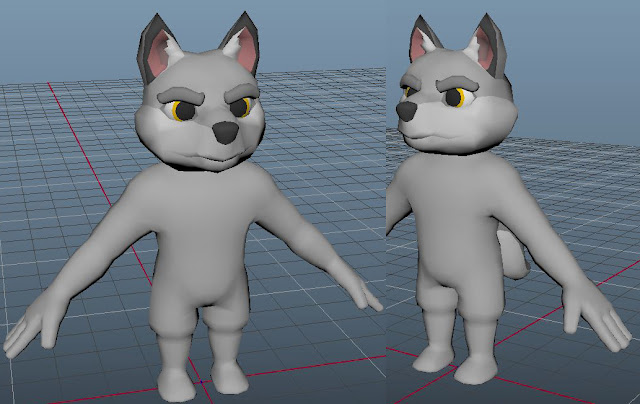 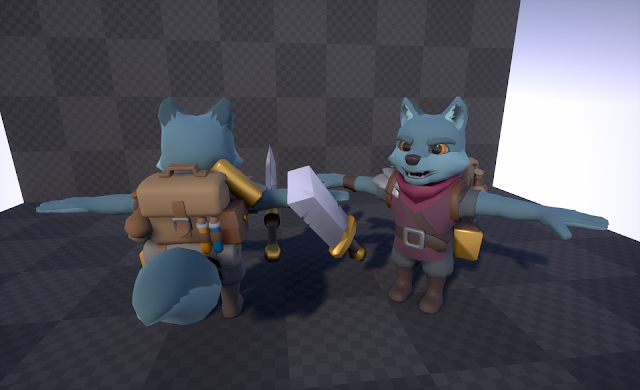 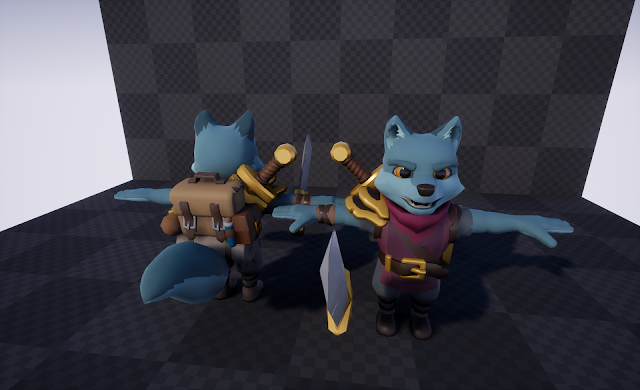 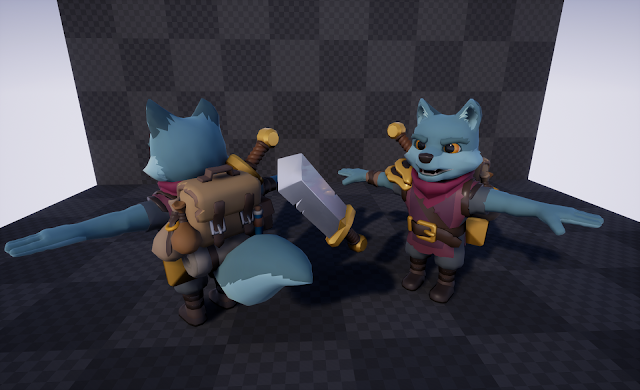 - May 21, 2018
Email ThisBlogThis!Share to TwitterShare to FacebookShare to Pinterest 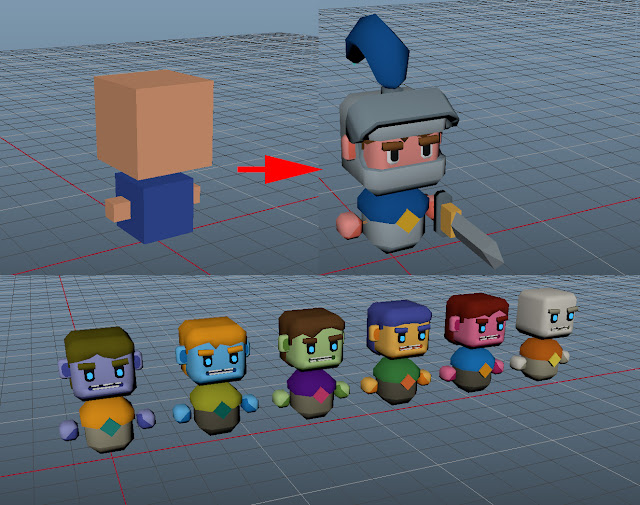 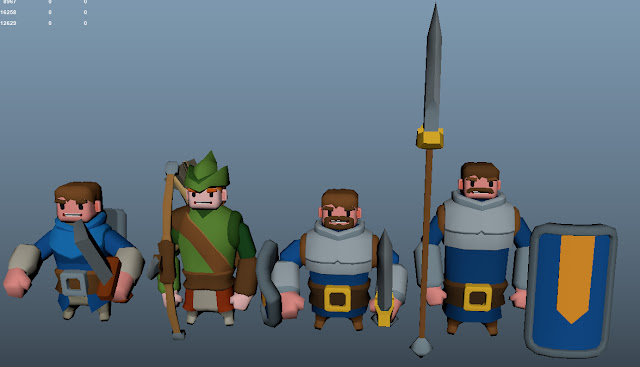 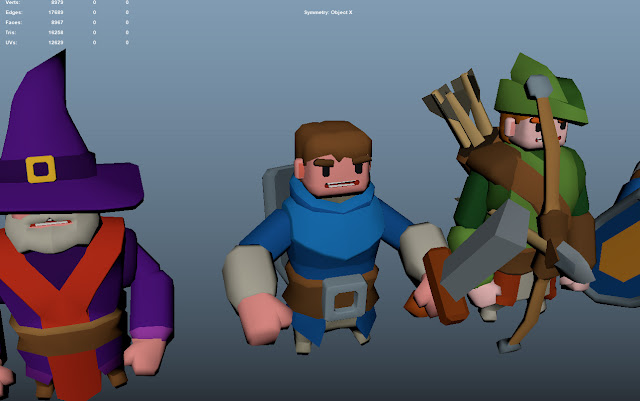 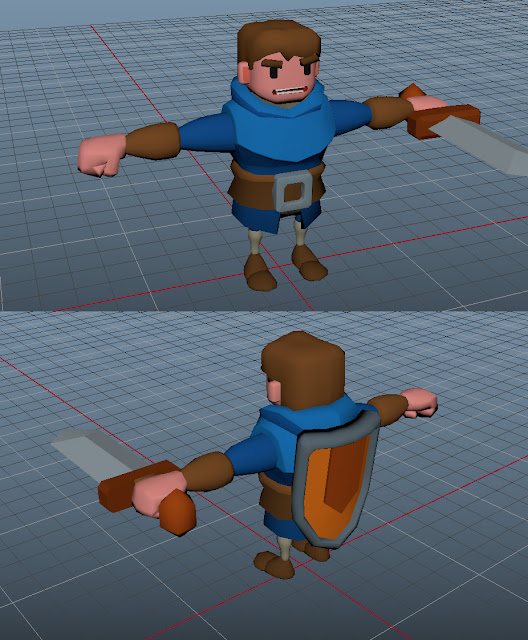 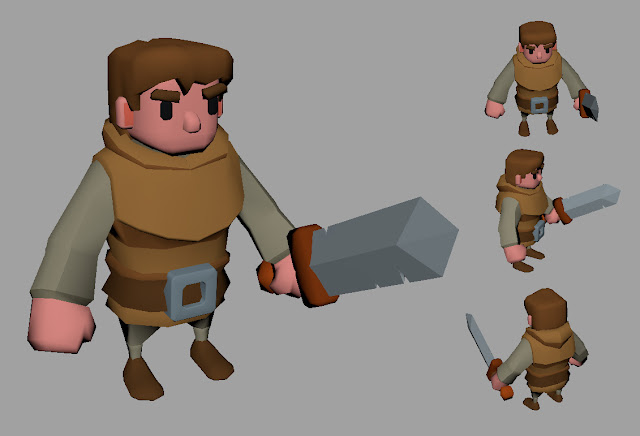 ...and I'm happy with it. You can see a lot of influences from previous designs, and I think it merges them well.
- February 23, 2018
Email ThisBlogThis!Share to TwitterShare to FacebookShare to Pinterest

My partner Andrew is converting the game to C++ and setting up the weapons in a better way. So a bit of a pause on the direct development as I look to update the style of the characters from the placeholder Mini Gore characters. I'm been sketching and modeling trying to find a place that feels right for what I'm trying to make. Still working on finding the right level of detail and proportions for the characters. I think its getting there, but hard to say just yet. More work to do.
- February 18, 2018
Email ThisBlogThis!Share to TwitterShare to FacebookShare to Pinterest

There are 3 games I'm drawing from when designing this game. Cat Quest, Bastion, and Mini Gore 2. 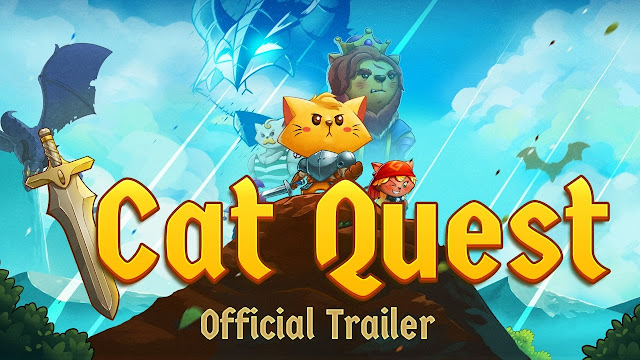 I love Cat Quest's simplicity. Its not feature rich but it works and I don't feel its missing anything. It feels tight and well made. I've played it through twice and leveled my character up over 100 both times which means I kept playing well after the story line was over. I like how the enemies tell you how and where they will attack with UI, and you learn to dive roll away. I also loved how you find weapons again and it levels them up. Made for a limited number of treasures but you were happy to find any one. I played Cat Quest on the Switch. 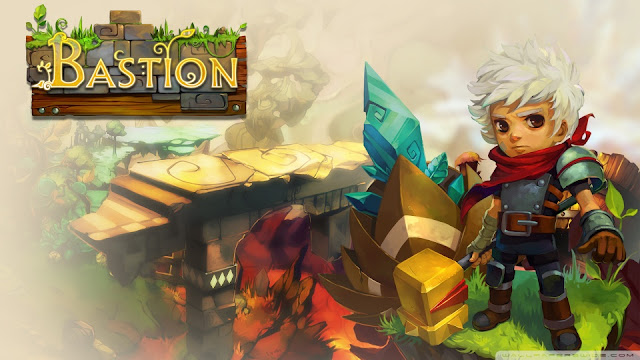 Bastion is an inspiration to many developers, so it may come as no surprise it is to me as well. Its the only game I bought twice. I've replayed Bastion a few times on PC and also on iOS. Theres a lot to love about it. Every feature they added they made sure you learned and got the most out of. I loved the 2 equipped weapons. I'm currently straight up copying their control scheme with the xbox controller. Currently copying the healing mechanic where health potions abound in the world, and you really just need to manage them, and ideally get more currency when you're full. I love their variety of enemy types. Love the variance of weapons, and how well they each work. I'm doing things a little differently so far as I'm locking the player to 1 melee and 1 projectile weapon.

Lastly Mini Gore 2, which is a rather old game, but I love everything Mountain Sheep does. I think Timo Vihola is the artist who designed the characters.  Anyway its always inspired me for art direction. I love the simple beveled cube shape language, I felt they they didn't stick to it as much for their enemies, but still it really worked well for their game. It really just a base in the back of my mind that I just always loved the mix of cartoony style and simplistic design.
- February 11, 2018
Email ThisBlogThis!Share to TwitterShare to FacebookShare to Pinterest
Older Posts Home
Subscribe to: Posts (Atom)