I had a lot of fun making the first Character kit, and I think I can't edit the set until after the competition. I think I did well, it was a great learning experience. But now I want to do something more. I want to push myself to do something bigger, more challenging. I didn't stray far from the original despite having a new take on things. Also I didn't know it at the time that the Phantom Lancer is kinda popular for people to work on, not a bad thing but there are people smart and going for crazier designs. So now its about pushing myself to see if I can go further. The character I'm picking to work on next is Chen.
Here's what he looks like before: 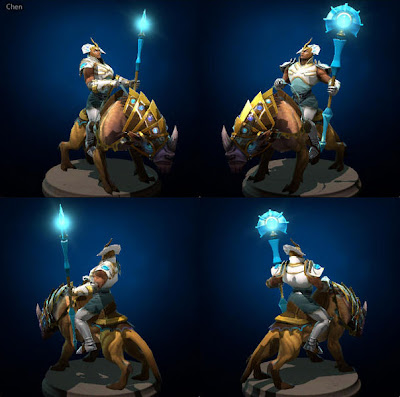 And here's my initial concept blocked in: 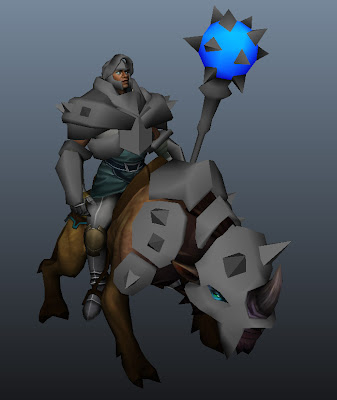 I think first thing is to do some rigging tests to see if this idea (big heavy armor) is even doable with the character animation in game.
- October 18, 2012
Email ThisBlogThis!Share to TwitterShare to FacebookShare to Pinterest
Newer Post Older Post Home