Building the controller for real means bringing in the animations for the anim tree, which means bringing in the real Todd, which means rigging him. While I've gone through that process a few times now I knew the deformations were garbage and I had to rework them. At the time I didn't care b/c I was moving forward. Well now I needed to take 2 steps back to redo the topology of Todd, which gave be pause to tweak a few proportions. Nothing major just giving it another once over, and studying what I've done with a critical eye. Todd v07, also re-UV'ed, but that was easy. 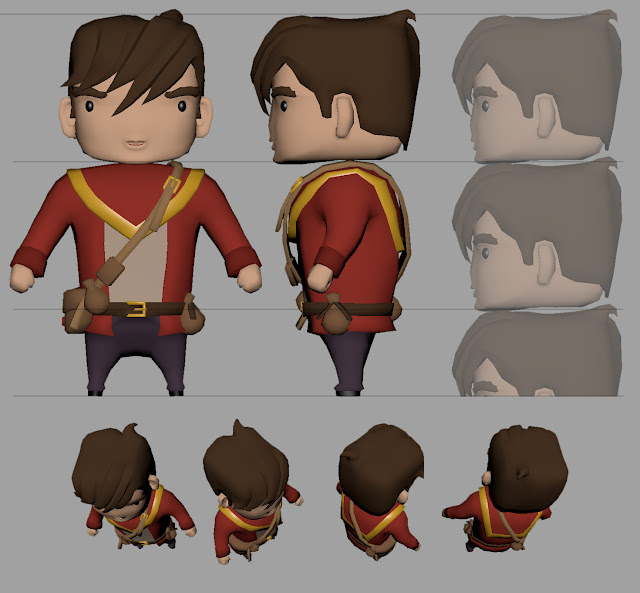 I also went from T-Pose to relaxed arms b/c the edge loops were too hard to imagine in the extreme of the T-Pose.
- September 06, 2015
Email ThisBlogThis!Share to TwitterShare to FacebookShare to Pinterest
Newer Post Older Post Home