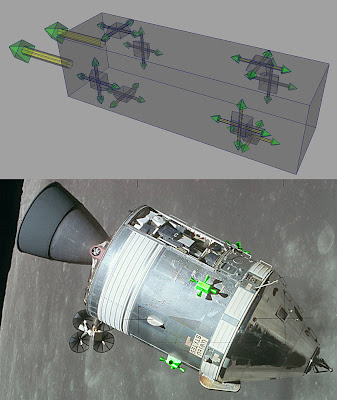 Larger than the Apollo (obviously) and doubled up front to back for better maneuverability.
- February 05, 2013
Email ThisBlogThis!Share to TwitterShare to FacebookShare to Pinterest
Newer Post Older Post Home